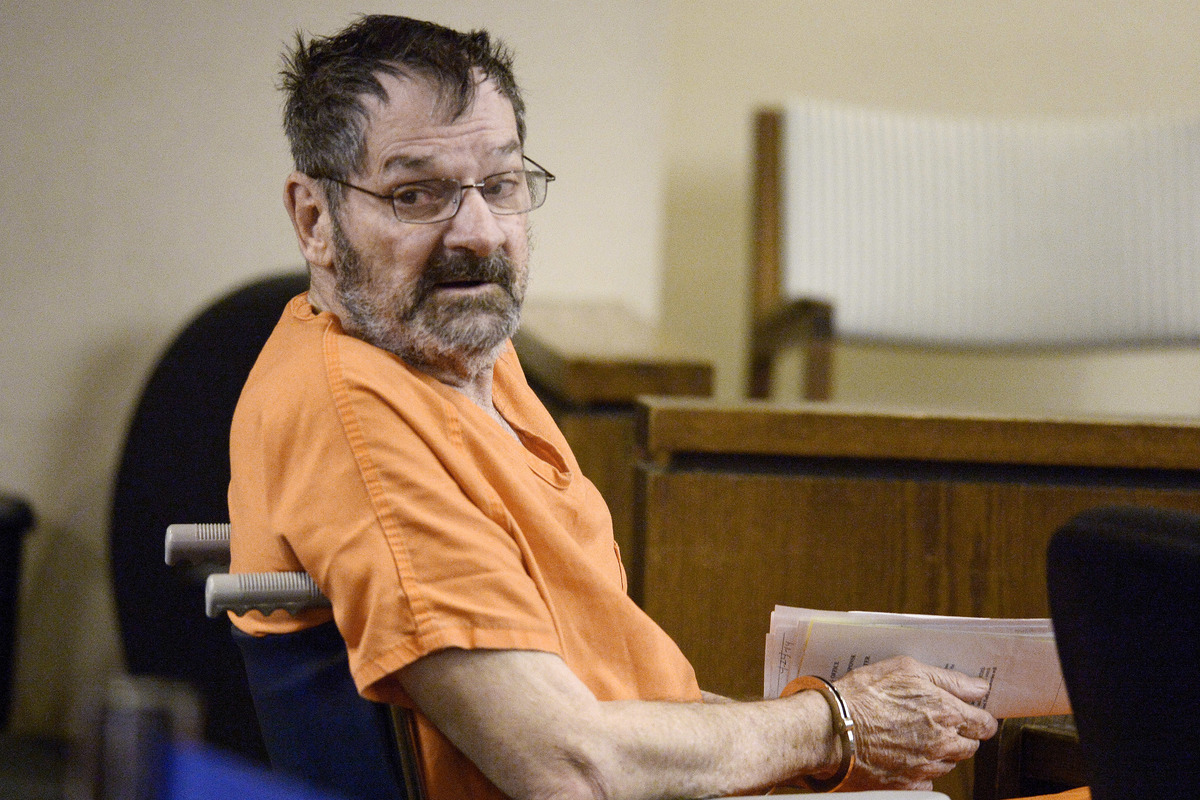 Frazier Glenn Miller, Jr., a lifelong, unrepentant white supremacist who shot and killed three people outside a Jewish community center and retirement home in suburban Kansas City in 2014 has died in prison.

A lifetime of hate culminated in the attacks on the two Jewish sites in Overland Park, Kan., after which he was convicted of murder and sentenced to death.

As NPR’s Embedded has reported, his case has been cited as a cautionary tale about law enforcement’s failure to take seriously the threat of violence posed by white supremacists.

Miller, whose execution by lethal injection was still pending active legal appeals, died in the El Dorado Correctional Facility in Kansas on Monday. He was 80 years old.

An official cause of death was not immediately available, though a press release from the Kansas Department of Corrections said “preliminary assessment indicates the death was due to natural causes.” A spokesperson declined to provide more information about his medical condition. Miller had chronic emphysema, according to his testimony in his 2015 trial.

Miller first came on the radar of law enforcement in the 1980s, when he lived in North Carolina and founded two white supremacist militias, the Carolina Knights of the Ku Klux Klan and later the White Patriot Party. He and his groups terrorized Black and Jewish people, burned crosses, stockpiled weapons, threatened to assassinate public figures and mailed hate propaganda to thousands of people.

By 1987, the threat posed by Miller grew so undeniable that the FBI obtained a warrant for his arrest. A 10-day manhunt ended at a trailer park in Ozark, Mo., where marshals arrested Miller and recovered automatic weapons, pipe bombs and other explosives.

Despite his track record, federal prosecutors offered Miller reduced charges and prison time in exchange for testifying against about a dozen other white supremacist leaders in the disastrous Fort Smith sedition trial in 1988, where an all-white jury acquitted the accused despite Miller’s testimony.

Afterward, Miller largely fell off law enforcement’s radar, in part because he had testified that he had reformed and become a born-again Christian.

But throughout the 2000s, Miller once again became active in white supremacy circles, this time focusing on anti-Semitism. He posted thousands of times on racist internet forums and bought anti-Semitic radio ads under the guise of running for state office.

Then, in April 2014, after weeks of researching possible targets, Miller left his home in rural Missouri and headed to the Overland Park Jewish Community Center, where in the parking lot he opened fire on 69-year-old physician William Corporon and his 14-year-old grandson Reat Underwood, killing both. Miller then drove to the nearby Village Shalom retirement home, where he killed 53-year-old Terri LaManno, who was visiting her mother.

Miller said repeatedly afterward, both in the trial and in interviews with the press, that he went to those sites specifically seeking to kill Jewish people. All three victims were Christians.

He was allowed to defend himself at his trial, where he asked witnesses if they were Jewish, was scolded by the judge for saying “sieg heil,” handed out anti-Semitic pamphlets to reporters and used his closing arguments to complain that Jewish people were running the government.

When the trial concluded in 2015, the jury found Miller guilty of capital murder and sentenced him to death. Miller yelled “Heil Hitler” at his sentencing.

Miller’s lawyers have since argued, including in a hearing just this past March, that his death sentence should be overturned because the trial court should not have let him represent himself or should have allowed the standby attorneys to intervene.

On Monday, before news of Miller’s death was public, Mindy Corporon, mother and daughter of two of Miller’s victims, wrote in a tweet announcing the publication of her memoir, “Dad, I’m sorry I didn’t drive Reat. Reat, your heart reaches me every day.”